Is it time to prepare the champagne in Paris? After obliterating Scotland, France could walk away with the Six Nations title a week early depending on results next weekend. Elsewhere, England avoided a late comeback to take victory over Wales while Ireland cruised past a weakened Italian side.

So, in this middle round, who were our Six Stars of the week?

There is a reason why Ulster fans have been desperate to see the young full-back in an Ireland shirt.

His highly-anticipated debut did not disappoint with two tries and a very generous assist to James Lowe which denied his chance at a hattrick.

The late withdrawal of Hamish Watson left many worried about Scotland’s back row depth without last year’s Six Nations Player of the Tournament.

As if his immense defensive effort and turnover stats weren’t enough, of course he had to go score a try as well. With Jamie Ritchie out for the rest of the Championship, the 22 year old has a chance to gain more international experience a year before the Rugby World Cup.

In stunning form week in, week out for Harlequins, the stage was finally set for the explosive No 8 to impress at international level.

Do that he did. In the absence of Tuilagi, Dombrandt offered powerful carries and an impressive workrate around the field, eventually crossing for England’s only try of the afternoon.

Alongside Sam Simmonds, Eddie Jones has two more than capable back row players who can offer up plenty of options in attack.

The return of Alex Cuthbert from international obscurity was met initially with disbelief from those unaware of his recent club form. Then, selected ahead of star of 2021 Louis Rees-Zammit, Cuthbert came to Twickenham to put a show on.

Rediscovering the form that led to Wales and Lions glory, the bruising winger provided dynamism in attack – only boosted when distribution improved to the wide channels after half-time. From surprise selection to big-time performer, it’s been quite the turn in fortune for Alex Cuthbert.

If Cuthbert’s resurgence in form came as a surprise, the sheer consistency of Clermont’s star winger was completely expected.

While Gabin Villiere dazzles, Damian Penaud does everything to near perfection. His two tries on Saturday were the result of being in the right place at the right time, though on a blustery Edinburgh afternoon he also helped dominate the territorial battle for France.

It may not have been Italy’s day for a variety of reasons, but Padovani offered a glimmer of hope at times on Sunday. His hefty boot offers something different to the precision accuracy of Garbisi while in defence he was left to battle with a depleted backline.

His battle for the starting 15 shirt with Matteo Minozzi should stay tight for the foreseeable future.

After the final rest weekend, we launch into the final two rounds of action where France will hope to finally land that elusive Six Nations grand slam. But can England or Ireland keep the pressure on the hot favourites? 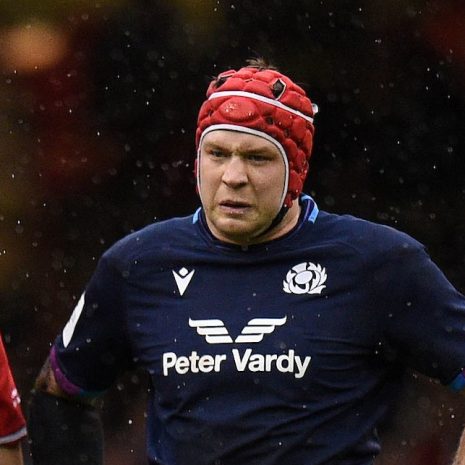