From terrific tries to typhoons, shocks to social media mishaps this has been one of the most exciting Rugby World Cups in recent years.

The All Blacks ultimately fell short of securing a hat trick of victories, opening up the path for South Africa to claim a historic victory in the heat of Japan.

Now that the elation of the final has worn off, we’ve taken a step back to look at the competition as a whole, pulling together some of our favourite stats from the action in Japan.

The great conditions made this a tournament full of tries with TJ Perenara’s effort against Namibia and Cheslin Kolbe’s score in the final two that stood out. However Welsh winger Josh Adams took the tournament top spot with seven tries.

Handre Pollard’s boot dominated proceedings as he walked away from the tournament with 69 points, including 16 penalties and a fantastic drop goal against the All Blacks back in Week 1.

No one quite did enough to force their way to the top of any of the all-time RWC stats but Alun Wyn Jones’ 79 tackles propelled him to second in the list, only 15 behind Richie McCaw. Could his seemingly indestructible body hold out for another four years?

Beyond South Africa’s destructive run to the final, Japan can finally begin to be considered a true Tier 1 nation following a tournament where they defeated Ireland and Scotland on their way to a maiden Quarter Final appearance.

Kato Matsushima’s five tries helped them along the way as they helped push rugby into the mainstream Japanese and Asian market. So strong was their performance it now seems certain that they will join either the Rugby Championship or Six Nations in the coming years.

Shock of the Series?

England’s triumphant demolishing of the All Blacks in the semi-final was a famous victory overshadowed by their defeat a week later. By upsetting the odds though, it really helped make the final week of the tournament interesting.

The game that shouldn’t be forgotten however is when Uruguay upset rugby’s pecking order by defeating Fiji 30-27, by far the biggest win in their nation’s history. Anyone who remembers captain Juan Manuel Gaminara’s speech after the match will know just how much that meant to them.

What Japan 2019 showed however was that the gap between the top and bottom is shrinking. Hopefully by 2023 we will see even tighter, more competitive games.

A Tournament to Forget?

How do you celebrate your 50th test cap as a referee? From now on I don’t think many will be following Jaco Peyper’s lead as he lost out on a potential Semi Final appearance following this photo.

While many saw the image joking about the red card issued to France’s Sebastien Vahaamahina as harmless, in the context of the tournament it probably wasn’t the smartest decision!

The updated World Rugby rankings now place South Africa at the top, England in second and New Zealand in third.

The year after a World Cup is always interesting as teams take the opportunity to make a fresh start – just remember the horrible year South Africa endured in 2016 when they lost all three end of year tests, including to Italy!

Before we get into next year’s internationals, our Northern Hemisphere stars will be jumping straight back into club duty. With the Gallagher Premiership, Guinness Pro14 and French Top 14 all in full swing, there’s plenty of rugby going on over the coming weeks and months. 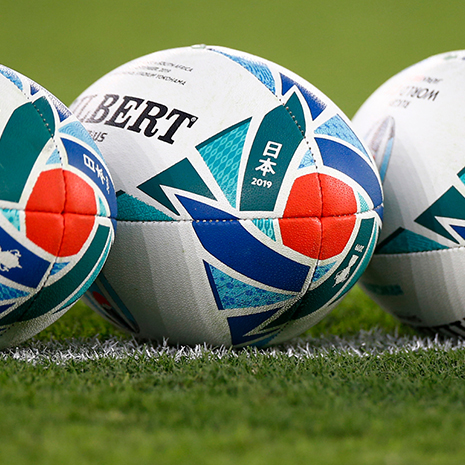